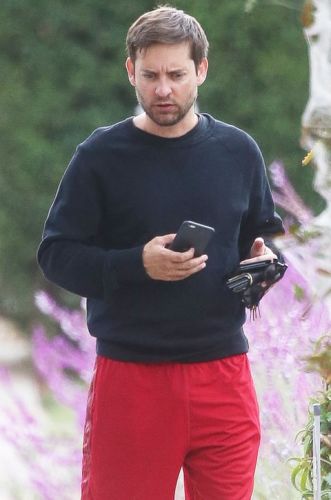 Tobey Maguire was seen in LA on October 24. The newly single star was spotted out for the first time in Santa Monica after his split from Jennifer Meyer.

The 41-year-old star wore red shorts and a navy sweater. Tobey looked rather busy. He was chatting with 2 men.

39-year-old Jennifer and Tobey parted after 9 years of marriage. They made a joint statement last week.

The two still remained devoted parents and their kids are their first priority. Maguire and Meyer remained friends.

According to an insider, this step was not sudden. The stars share 7-year-old son Otis and 9-year-old daughter Ruby. 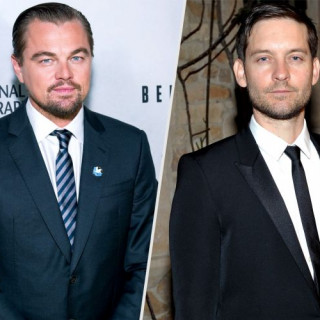 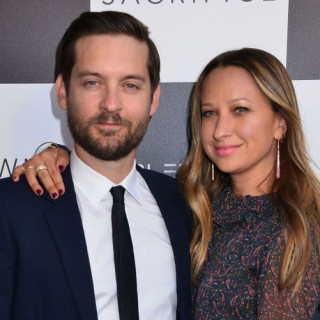