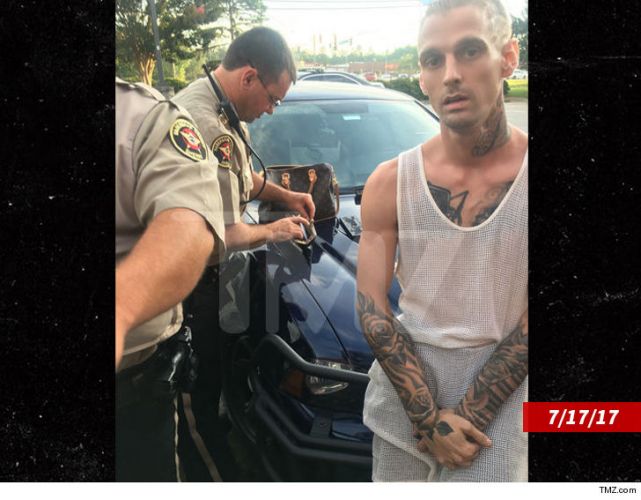 A day after the mass media reported that the man had left the rehabilitation clinic, it became known about the accusations that were brought to Aaron Carter in Georgia during his arrest in July.

Recall that the celebrity was accused of possession of drugs. The dose he found was quite significant, which was the beginning of the criminal case. This is a serious misconduct. The singer was released on bail at 4,600 dollars the next day. Recall that in September, the singer went on a two-month course of rehabilitation for drug dependence. He even published a picture in social networks where he looked fresh and fit.

It should be noted that the eccentric star has always been addicted to strong drinks and forbidden substances. This fact greatly upset the fans, who very much want to see the singer in good health on stage. Aaron himself noticed that the time of violent youth is behind him and he wants to get back to normal as soon as possible, that he would be engaged in creativity.