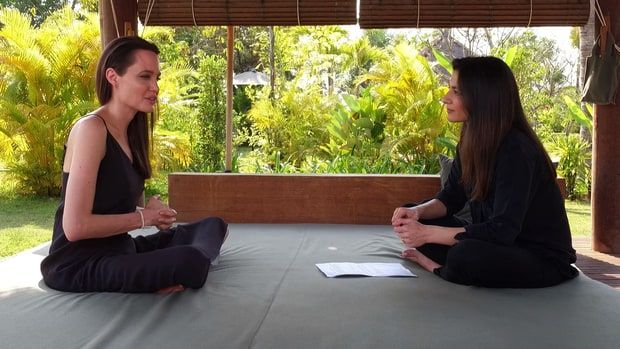 Angelina Jolie broke down into emotions while speaking about her split from Brad Pitt. This happened on February 19.

The actress was promoting First They Killed My Father, her latest film. The star was asked about the incident that led her to the divorce from the 53-year-old actor. We remind you that this happened in September of 2016.

A reporter from BBC told the star that considering the fact the new film is about family and loss, it should be a rather sensitive issue to Angelina and asked if she wanted to say anything about that.

We should notice that before her response, Jolie sighed deeply. According to her, it is very hard to overcome this period of time, but they are still a family. She also stressed that they always will be a family. The actress got teary-eyed and emotional. In the end she added that she hopes to get through this hard time and become a stronger family.

Last October Brad was hit with allegations of child abuse. The incident happened abroad in September. Jolie filed a document stating that Pitt go into an altercation with Maddox, their 15-year-old son. FBI has investigated the case, but found no evidence of the incident. The case was closed this past November.