Angelina Jolie and Brad Pitt's Divorce Is canceled: 'A Lot Has Changed' 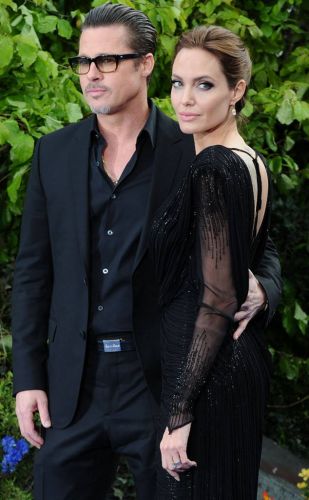 Angelina Jolie and Brad Pitt are going to save the family - at least, according to sources of the US edition of US Weekly. The couple has suspended its divorce and has been doing nothing for several months to have their marriage terminated.

"Divorce is canceled," the family friend said. "They suspended the divorce proceedings." And none of the relatives will be surprised if Angelina and Brad announce that they are together again.

The reason Angelina's heart thawed is the bitter acknowledgment of Brad, which he did in an interview with GQ in May. The actor said that his marvelous marriage ruined his alcoholism, and he would very much like to return everything. Since then, Pitt's life has turned 180 degrees: he stopped drinking, went in for sports and dreams of becoming the best father for his children.

"He began to lead a sober life and does everything in order to return his family," the source said. "All that Angelina always wanted was for Brad to stop drinking. And he did it for her.

Relations between the former spouses warmed to such an extent that Angelina and Brad decided to give their relationship a second chance. Pitt and Jolie regularly communicate not only by phone, but also personally.

According to the environment, Brad and Angelina still love each other - despite the fact that they have not spent the last months together. But now everything can change, because they are very drawn to each other. They say that the actress looked after herself a house in a suburb of Los Angeles not far from Brad's house, so that children could see their father on a regular basis.