Family Portrait: Gillian Anderson with his daughter at the premiere in London 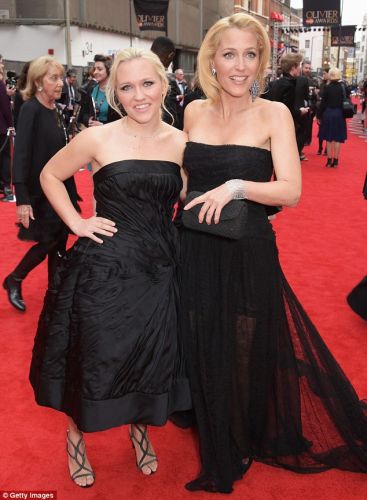 One of the most famous serial actresses of our time, Gillian Anderson, visited the premiere of the second season of the series "The Crown" in London.

The company to her this evening was 22-year-old daughter Piper: next to the girl 49-year-old star of the "X-Files" looked like her older sister.

On the red carpet of the event, Gillian appeared in the elegant black Galvan jumpsuit with a long fringe, starting from the shoulder line and reaching to the ankles. Laconic outfit actress supplemented with black sandals and clutch with a gold clasp. The stylish bean of the star was laid in light waves with a small volume at the roots, and in makeup reigned full nude with a slight accent on the eyes. The main intrigue of the evening was the fact that in October several media outlets reported on the novel by Gillian Anderson with the creator of the TV series "The Crown" by Peter Morgan. The appearance of the actress at the premiere was considered by many to be an unofficial confirmation of the relations between the screenwriter and the star of the "X-Files". 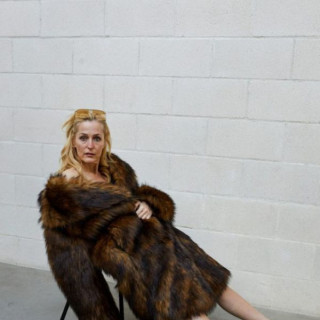