The archive song of the late legend of rock music Freddie Mercury appeared on the web not so long ago, but already won the love of fans.

The song has gathered almost a quarter million views on the web in three days. The song All Dead, All Dead was published on the official channel of the band Queen Official.

The original version of the song was released in 1977 as part of the album News Of The World. However, the vocal part in it, surprisingly, was performed not by Mercury, but by guitarist Brian Mats. Then the song in the album went through all the performances and concerts, but the fans never heard her singer sing the song. Archive version of the hit Freddie Mercury instantly became popular on the Web. In just 3 days after the placement of the song on the official YouTube-channel it was viewed by more than 220 thousand people.

Let's note, the original version of the song All Dead, All Dead in 1977 appeared in the album News Of The World. Guitarist Brian May sang. But Freddie's records are preserved in the archive. This is a different version. Given the interest in the soloist, she will enter the anniversary re-release of the record. Her release is scheduled for November 17, 2017. 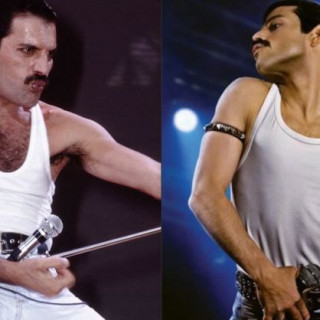