George Clooney boasts of the successes of children 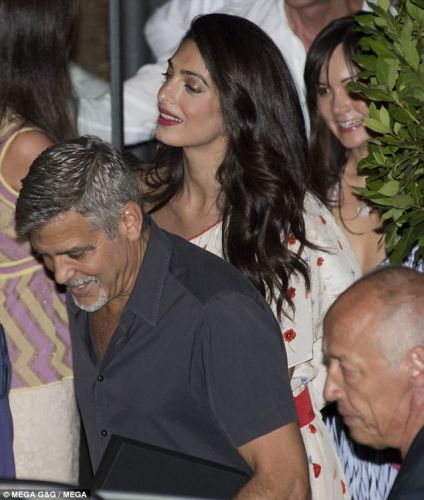 156-year-old George Clooney, who recently became the father of twins, admits to journalists that he feels very inexperienced and very worried about taking care of two babies.

"Neither I nor Amal can in any way get used to the idea that we are now responsible for two small non-independent creatures, which is fun, but also scary at the same time," the actor admits.

Now the twins are already 4 months old, and the happy father already has something to boast about. The children have already learned how to sit on their own.

"Alexander is more confident in himself, he is generally much stronger than his sister Ella, weighs one and a half kilograms more and constantly fights for his rights." If he laughs, he laughs louder than all. "Ella does not compete with him, she is very graceful and graceful She has insanely big eyes, she looks very much like her mother, "Clooney says happily.

Clooney and his wife are happy parents, but they do not want to have more children, they want to focus on two.