George and Amal Clooney Showed Up During A Dinner In Italy 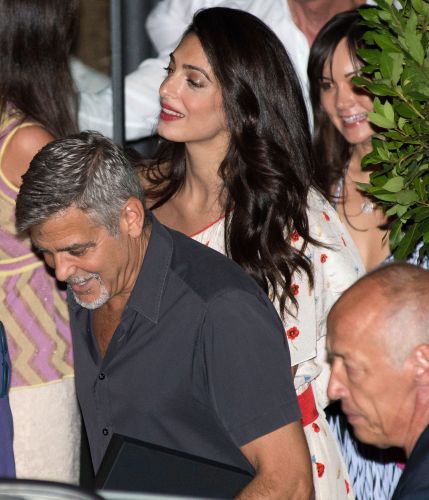 George and Amal Clooney were all smiles while dining near Lake Como (Italy).

The couple became parents to twins this June. They managed to get some tan and rest. Amal and George were seen leaving il Gatto Nero. This is one of their beloved haunts located in the northern part of the country. Ben Weiss, George’s friend accompanied them.

The couple received many hugs and signs of love at the dinner. The mother looked splendid, happy and smiling and had not a sign of fatigue.

An insider tells that the two used to dine for hours. However now they did not get a chance to stay out for too late.

Back in 2016 George and Amal were spotted in the same restaurant with their relatives and friends.