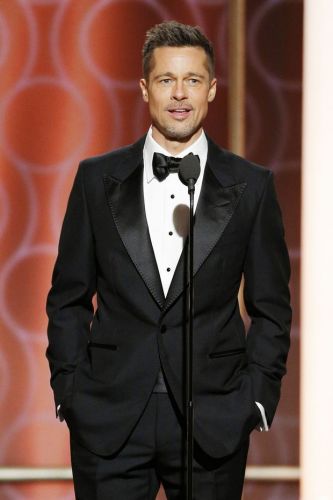 Jon Voight, father of Angelina Jolie, shared some thoughts about his family after a surprise appearance of Brad Pitt at the Golden Globes awards this Sunday.

The 78-year-old star assured that everybody is good.

53-year-old Brad appeared at the ceremony and got loud range of applause from the visitors when he presented a segment about Moonlight, the drama, onstage. The actor was smiling all the time. Matt Damon, Brad’s Ocean's Eleven colleague, gave him particularly loud applauses.

This September 41-year-old Angelina filed for divorce from Pitt. The couple’s split is rather messy. The two were married for 2 years and had an almost 12-year-old relationship. This past December the Allied star slammed Angelina in divorce papers for the absence of self-regulating mechanism. Brad accused his former wife of compromising the privacy of their children. According to TMZ, th lawyer of the actress sealed the custody files and stated that the actor was scared that everybody can learn the truth.