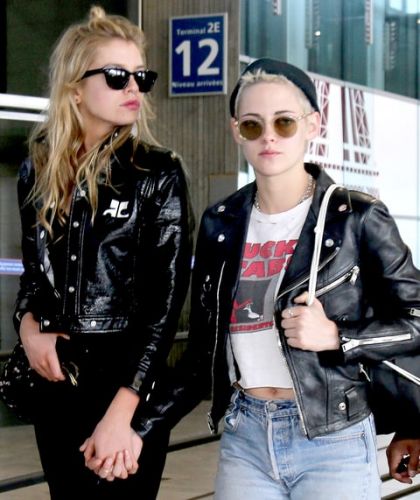 Kristen Stewart and her girlfriend Stella Maxwell made a surprise for the two brides Kirsten and Kaylie Jennings, appearing at their wedding in the Pizzeria Gusto in the Canadian city of Winnipeg.

According to Western media, the star couple first became convinced that the perpetrators of the celebration (with whom they had not previously been acquainted) would not mind, and then began to drink and have fun together with the rest of the guests.

According to Kirsten and Cayley, the unexpected appearance of Stuart and Maxwell did not affect the evening, they did not differ from the rest of the guests.

I told Cyrus that I should treat them like ordinary guests: "Let's just be kind to them - this is the right option," said the bride of Kaylee.

The couple were not amazed by the star guests, they focused on their party.

They looked like ordinary girls. We said to them: "Come in, do not be shy." Go and have fun, "Kirsten said.

Stuart and Maxwell were at the parties for three hours, they drank and danced. Soon there were also proofs of a noisy evening: the invited DJ published footage on his page in Instagram, which captured celebrities, saying that Kristen was crazy about the American rap rock band Beastie Boys.