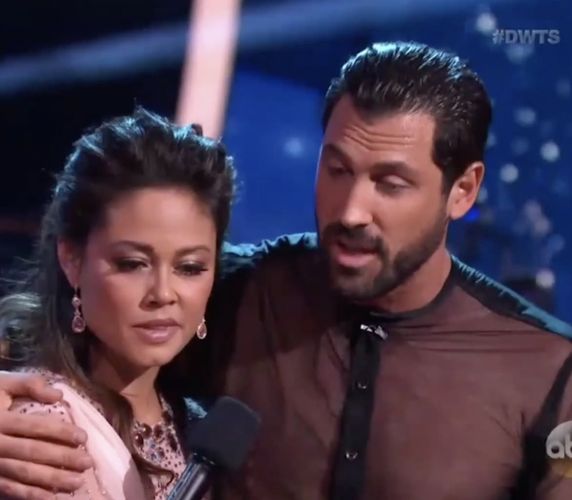 Maksim Chmerkovskiy returned back to Dancing With the Stars to dance with Vanessa Lachey.

Earlier reports suggested that there was a tension between the two. Both stars cried on the show! The dancing couple performed during “Most Memorable year”.

Lachey chose 2017 after giving birth to her 3rd child after only 29 weeks. 36-year-old star was worrying about the baby only. Her husband told he never felt so helpless. He always thought that, as a man, he always could protect her kids and wife. The dancing couple performed a rumba to one of Nick’s songs.

According to Lachey, the song got them through some truly tough moments. It even bonded them closer as a family. Maks and Vanessa both cried after the song. Maks confessed he has never cried before the dance.