George Clooney surprised by the new way in Halloween honor 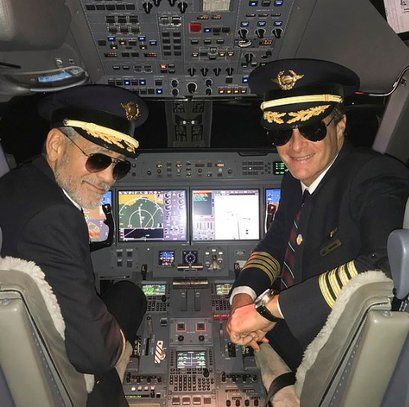 The famous actor is less and less involved in the filming of movies, but it is no secret that the temperamental brunette is engaged in the production of tequila.

At the same time co-owner of the company is a close friend of George Clooney. This time the American organized a festive event in Las Vegas, on board the aircraft. By the way, George Clooney’s company was made up by his business partner and friend Rand Gerber.

So the star of TV-screens and his partner appeared as pilots. By the way, George Clooney's sweetheart did not join the holiday, remaining in a mansion with two heirs.