Hillary Clinton And Fire And Fury 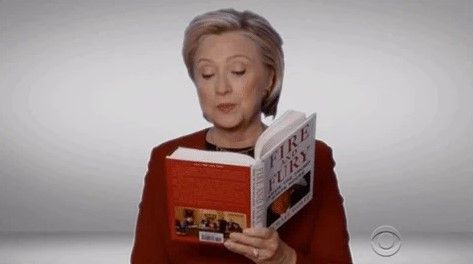 The Grammys host, James Corden, stated that not every winner is a musician.

We remind you that ex presidents Jimmy Carter, Bill Clinton and Barack Obama have also won. In 2018 Bernie Sanders, the former Democratic presidential candidate, was nominated for the best spoken word album.

The 39-year-old star told that the current president of the U.S. might become the subject of 2019 winner in case Michael Wolff’s Fire and Fury: Inside the Trump White House gets a nomination.

CardiB, John Legend and DJ Khaled were reading lines from the book. It was released sometime earlier in January.

The last person to read the book decided to cover the face with it. However, when they started reading it, it became clear that it was Hilary Clinton, Donald Trump’s 2016 opponent.