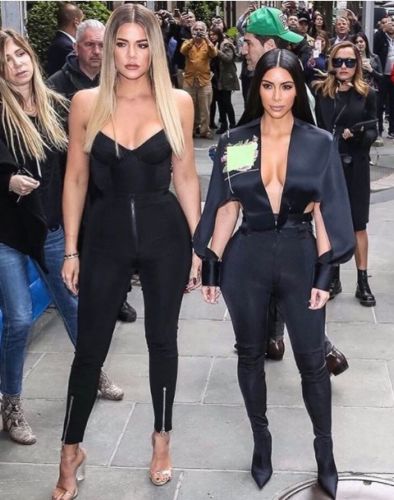 Secular lioness Kim Kardashian likes to always be in the center of attention, and does not see anything shameful to achieve it by showing off his intimate photos.

Pretty attracted the attention of fans of selfi, where close-up shot her breasts. The TV star Kim Kardashian published a frank photo in the network, where she shows her breasts close-up without underwear. The picture appeared on the official page of Kardashian in Instagram. Beauty did the selfi while she was wearing only a white terry robe. On the neck Kardashian hung a few ornaments and an icon, and also put on her gold rings. But she completely forgot to wear clothes.

In the picture in the center close-up is the bare chest of Kardashian, which is absolutely not held by a loose robe, but Kardashian herself holds it by her hand. Fans came to the wild rapture of such a photo, and in just a day the photo gained more than 2.1 ml of likes and thousands of compliments in all languages. It's no secret that the girl likes to provoke the public and make outrageous antics. This image is an integral aspect of the life of any celebrity who wants to arouse the interest of fans.