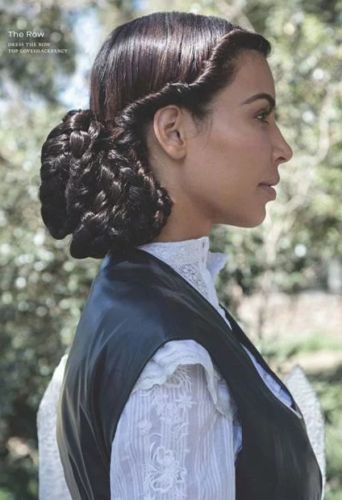 The star posed in the new image in front of the camera lens of Jackie Nickerson.

In the pictures, Kim Kardashian appeared in a lush long skirt, a corset on the lacing and a seductive neckline. The image is complemented by a restrained hairdo and natural make-up.

In an interview, a secular lioness admitted that it was her most simple photo shoot because she did not need to draw in her belly, In particular, in the corset, the waist of the woman is ideal.