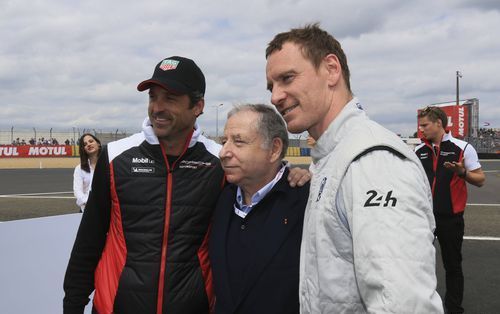 Michael Fassbender paused in "relationship" with Hollywood. He decided to take a break from filming and devote himself to auto racing.

In this regard, the actor in an interview with The Hollywood Reporter said:

"I always had a goal - when I was about 40, do motor sports, but I never imagined that I would participate in such races on a very powerful, very fast 660-strong monster. Preparing for them is much more interesting than teaching a replica at home. "

By the way, interview of the actor was dedicated to his becoming a racing driver-professional in the team of Ferrari. It is interesting that a new hobby has arisen quite recently, in 2016. But Michael already has something to be proud of. Among his achievements - 120 hours behind the wheel of the 488 Ferrari Challenge and a sports car with a 3.9-liter turbo V8 with a power of 670 hp, and also a victory in one of the Ferrari Challenge 2018 races.