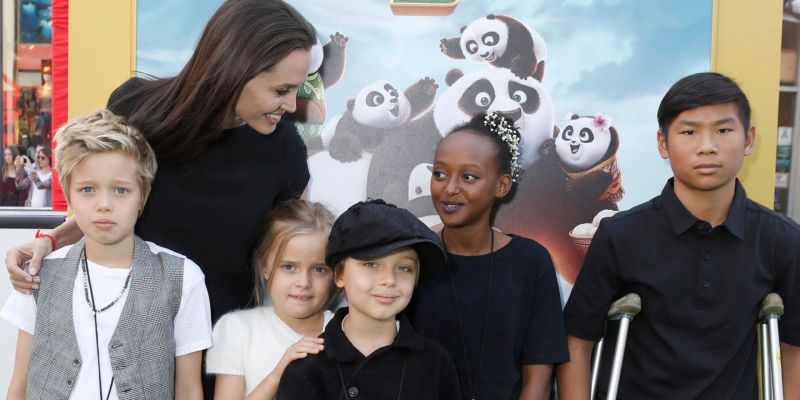 44-year-old Angelina Jolie is trying to reconcile with her ex-husband. The actress offered 55-year-old Brad Pitt to take their six children to her for the summer.

The actress and, more recently, the UN Goodwill Ambassador, intends to improve relations with the Hollywood actor. The parents agreed that the stellar heirs would live with their father, while their mother continued shooting in the new film Who Who Wish Me Dead.

According to the representative of the actress, for her, it is a big step forward. "Angelina will spend the rest of the summer on the set of a new project, and she will not be able to combine work with family care, so she offered Brad to take the children over," he said.