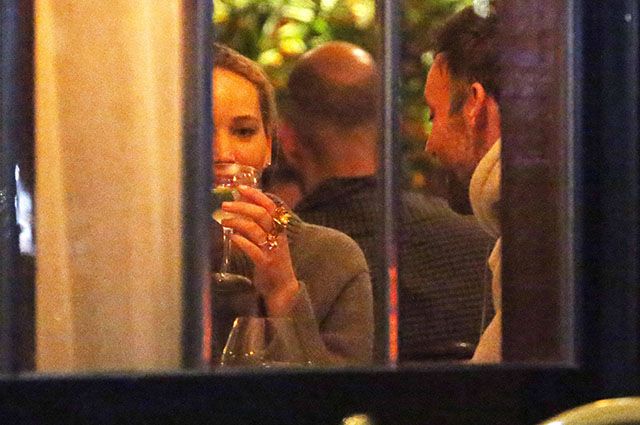 Representatives of Jennifer Lawrence confirmed the news of her engagement with Cooke Maroney.

Today in the network there are photos in which the actress is captured with a ring on the ring finger.

Journalists increased the pictures from the couple's January date and posted on social networks. Close-up on the frames is shown Lawrence engagement ring, made of yellow gold with an impressive stone.

Obviously, in January Cooke made an offer to his beloved, but this was announced to the public only yesterday.