Lily Allen appeared in public with her daughters 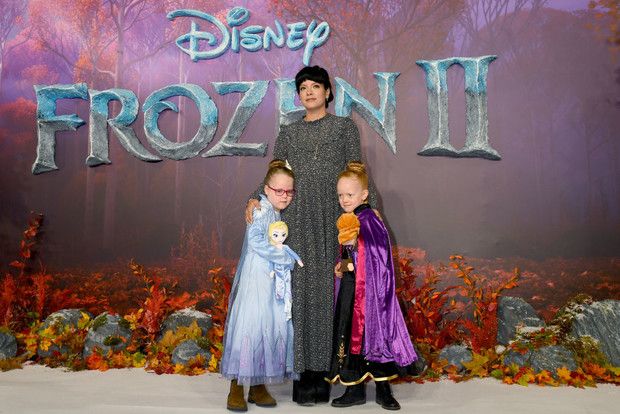 British singer Lily Allen does not often please fans with her appearance at social events. And the children of the star, it seems, have never appeared in public, and certainly were not noticed by camera lenses.

The first exit on the red carpet took place at the European premiere of the cartoon "Frozen 2". The singer wears a tightly closed gray maxi length dress. Minimalist makeup did not add brightness to the image. Perhaps the singer decided to focus all her attention on her daughters.

The girls approached the first exit on the red carpet very responsibly. Cute young ladies dressed up in costumes of the main characters of the cartoon. At the same time, each sister held in her hands a doll of the character in whose outfit she was wearing.