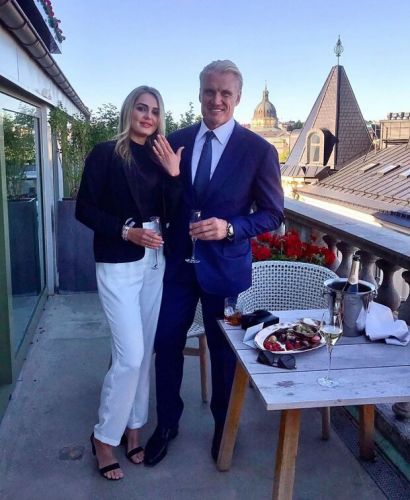 Dolph Lundgren, a 62-year-old Swedish-born Hollywood actor, unexpectedly proposed to his girlfriend, Norwegian Emma Krokdal, who is 38 years younger than him.

Emma Krokdal works as a fitness instructor in Los Angeles. She began to meet the legend of the militants of the 90s in January of this year. And the couple has already shared joyful photos on social networks.

"Pinch me," Emma succinctly signed the picture. And she showed a photo of a ring with a pink diamond of substantial size.

The couple celebrated the event modestly - with dinner on the terrace of a house in Sweden. There were no guests. But they all congratulated the actor in the comments. One of the fans even congratulated Dolph on his engagement to the eldest daughter of Ida, who is very similar to Emma in appearance. But then the commentator admitted that he was joking.