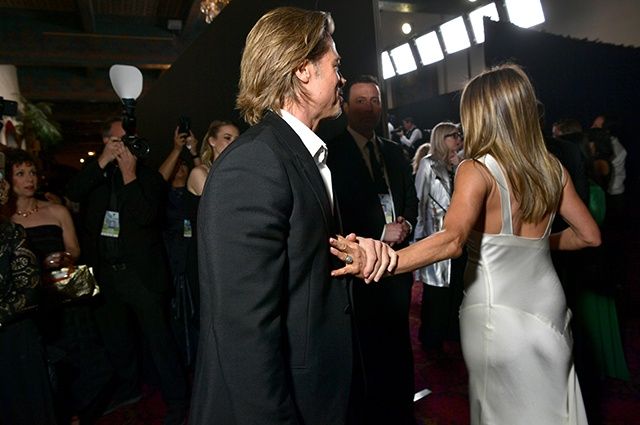 The whole world is again discussing the possibility of renewing love feelings and relationships between actors Brad Pitt and Jennifer Aniston.

At one time, Hollywood stars have been married for five years, but their marriage was broken by Angelina Jolie, with whom the artist subsequently also divorced.

After a divorce from Jolie, fans of the Pitt-Aniston couple have been speculating for a couple of years and cherish hopes that perhaps the ex-spouses will converge again - it is a painfully warm friendship between them now.

And at the SAG Awards ceremony, the stars gave a huge occasion all for the same rumors.

At first, the actors greeted the red carpet very warmly - they hugged and kissed, not hiding happy smiles. Then Brad took Aniston's hand several times and did not even want to let her go.