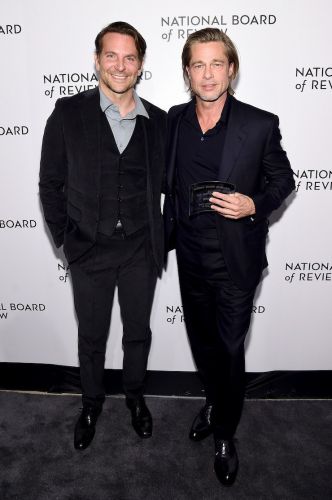 56-year-old Brad Pitt doesn't hide the fact that during his marriage with Angelina Jolie abused alcohol, which was one of the reasons for their divorce.

"I was a drinking professional. Since college, there has not been a day when I did not drink or smoke a joint. It helped me drown out feelings," the actor admitted in a recent interview with GQ.

According to Brad, with the advent of the family, he was able to engage in everything except alcohol. Especially the situation worsened in the last year of his marriage. The actor, while not sober, hit his 15-year-old son Maddox.

Fortunately, Brad still managed to solve the problem with addiction, but not without outside help.

During a speech at the National Board of Review Awards ceremony, Gala Pitt thanked Bradley Cooper for saving him from alcoholism.

"I'm always sober now, thanks to this guy. And every day I am happier and happier. I love you, and thank you," Brad said.