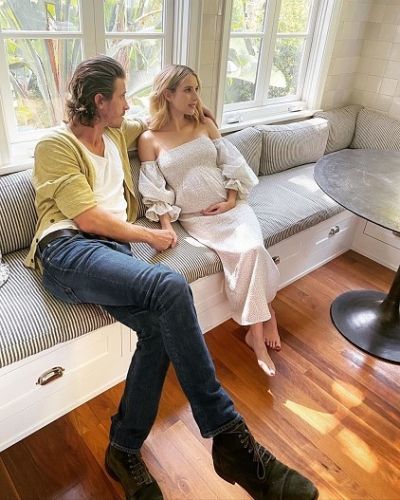 In June, 29-year-old actress Emma Roberts confirmed that she was preparing to become a mother for the first time. She and her boyfriend, 36-year-old actor Garrett Hedlund, are expecting a son.

Insiders have already found out how expectant mothers and fathers anticipate the birth of an heir.

"Emma and Garrett are more and more worried about the birth of their son. They are so looking forward to this moment. Garrett wants to become a father and feels that this is what he needs now," said an insider of the portal Us Weekly.

He also added that Hedlund changed a lot before the birth of the heir.

"The actor is ready to take on all the responsibilities of a father. Emma's pregnancy forced Garrett to become more responsible. He thinks it's a real blessing," the source said.