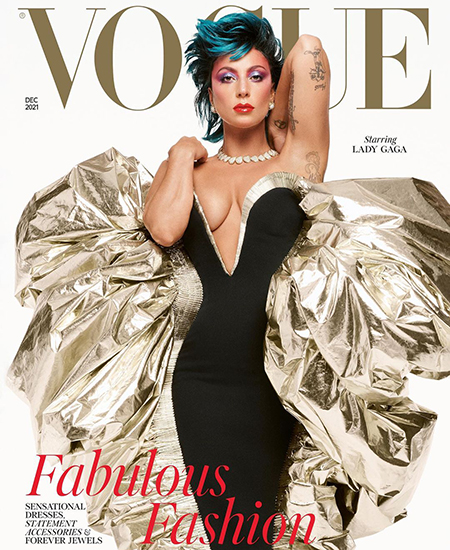 The singer and actress appeared in two publications at once and took part in a photoshoot. As noted by the publishers, this was the first time in history that they shared one star for the magazine's covers.

On the cover of the British version of the magazine, the singer poses in a black Schiaparelli dress. The shoot was styled by chief editor Edward Enninful, and the photographer was notorious Steven Meisel.

In the Italian Vogue, Lady Gaga appeared in a completely different image. She poses in a pink Valentino outfit.

Lady Gaga Lady Gaga got her dogs back, kidnapped after shooting 27 Feb 2021