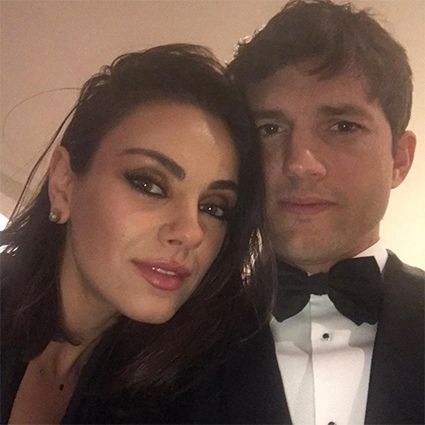 Mila Kunis, 37, has given a rare interview in which she also talked about her family life during the quarantine.

The actress recently starred with her husband, Ashton Kutcher, 42, in a Super Bowl commercial. Mila admits they didn't hesitate long to accept the invitation to the shoot.

"Every time I was offered a Super Bowl commercial, it was always about a heroine who had to be barely dressed on screen, and we thought this scenario was fun. Also, there was a quarantine at the time, and we were home with our kids for 9 to 12 months at the time, and I thought, "Two days, baby! Two days off!" So we decided straight away: 'We'll do it!'I hate to say it, but we just thought: "Freedom! It was incredible!" - Kunis shared with ET reporter.

Mila also admitted that she's never felt so excited to wake up at five in the morning to tell her kids, "I'm going to work!"

"I love my kids so much! Very much! But I jumped out of the house. My kids said, "You're leaving us! "But I thought, 'You're going us!